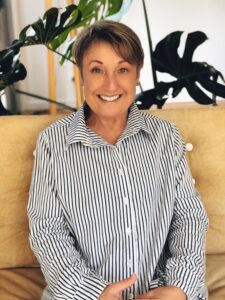 With a decade of experience in the not-for-profit community sector, Karen has had extensive managerial, advocacy and strategic influence over StandBy and United Synergies’ five headspace Centres and accompanying programs. Karen manages a team delivering support after suicide across 70% of Australia’s landmass, giving her unique insights into how communities are impacted and their support and crisis intervention needs.

Karen’s expertise and reputation in the area of suicide prevention, specifically postvention, has seen her involvement and input on various initiatives including Suicide Prevention Australia State Committee [Queensland](2019); Suicide Prevention Australia Policy Committee (2017); the working group guiding the development of Every Doctor, Every Setting – A national framework for coordinated action on the mental health of doctors and medical students (2017 – 2019); and participation in the Queensland Mental Health Commission review of Queensland Suicide and Bereavement Projects (2016).

Karen has been an influential member of the United Synergies’ Executive Team since 2009 and, when required, has been in the acting role as Chief Executive Officer. Karen’s qualifications include a Bachelor of Education and AICD Foundations of Directorship.